“I’m just not sure why you would go down a nuclear route, which is extremely expensive,” Worldwatch Institute’s Ochs told AFKInsider. “You’re not building a nuclear power plant in a couple years. It’s a 15-year project. South Africa has a lot of coal left. I’m not a huge fan of getting the coal out of the ground and burning it, but it gives you time for a transitional strategy towards renewable technologies that are actually using the enormous potentials that you have in the country. To me it doesn’t make any sense.” (…) 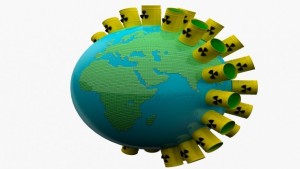 “This is not a technology that works well with intermittent resources,” Ochs told AFKInsider. “To ramp up a nuclear power plant and then drive it down again to take it off the grid — even with hypermodern ones, it takes two or three days.” (…)

If you want to address intermittency, natural gas is the smartest way to go because — almost like a stove at home — you can turn the gas on and off and in a very short response time, Ochs said. “And from an economic standpoint even more so, because these (nuclear plants) have to run all the time. So then that leads you to a situation where you have a lot of wind or solar and you’re producing at peak and you can’t use this electricity because you have your nuclear power plants on.” (…)

“In a privatized market, you wouldn’t find a company that really would be willing to do this,” Ochs said. “It’s two things really: it’s the scale, it’s the simple amount of how much these things cost, and secondly the investment risk that goes with it, which is a long list of risks that you’re confronted with if you build a nuclear power plant.”