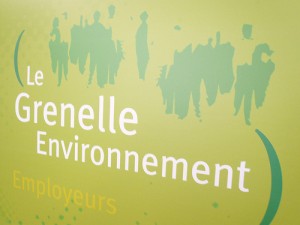 While the United States is unlikely to pass a climate bill in the near future, there may be greater hope from one of the country’s closest allies: France. A few months ago, France passed a major bill that will deeply transform the country’s environmental law, including its approach to climate change. But while the outcomes of the measure are promising, a variety of criticisms remain.

After an exhausting legislative process, the “Grenelle de l’Environnement” ended with the adoption of the “Grenelle 2” bill this May. Enacted on July 13, three years after the process was launched by then-newly elected president Nicolas Sarkozy, the new legislation covers environmental topics such as climate and energy, biodiversity protection, public health, sustainable agriculture, waste management, and the governance of sustainable development. In addition to being a comprehensive environmental bill, Grenelle 2 implicitly defines the French sustainable development strategy for years to come.

Grenelle de l’environnement was named after the so-called “negotiations of Grenelle” on wages that took place in 1968, when France was paralyzed by a general strike. Back then, the primary negotiators were the government, unions, and employers. The Grenelle de l’environnement, launched in 2007, extended the consultation to five main stakeholder groups—the State, employers, unions, environmental NGOs, and local governments—to bring it more in line with the participatory nature of sustainable development.

On the climate front, France is likely to meet its current emissions reduction goals. [Read the rest of this ReVolt Blog here]

At the 2nd Annual Carbon Markets North America Conference in Miami from Jan. 15-16, CCAP International Policy Director discussed the outcomes of the recent UN Climate Conference in Poznan, coupled with implications for global carbon markets and prospects of international and U.S. climate policy. “While disappointing to many, it is important to see the results of in the right light,” Ochs said. “Among experts, expectations had never been high. This COP was a stop-over on the way from the seminal 2007 Bali meeting to the 2009 conference in Copenhagen – the much-anticipated summit that will have to deliver the basic architecture for a post-2012 climate deal.” delivered an operational work-plan for a precursor to . Ochs outlined some of the necessary components of a future global climate agreement between the , and major emerging economies. “We will need the architectural basics of the deal in , including industrialized countries’ emissions targets,” Ochs said. “The years 2010 and 2011 can then be used to reach agreement on details of a deal between them and the developing countries. If the moves quickly at home, it will be able to join the EU in its leadership position internationally — and that is what the world is really waiting for.” (Source: CCAP Jan 2009 Newsletter)