The region of Latin America and the Caribbean is already a global low-carbon leader in terms of power generation from hydrological and biomass resources, and it recently has made great strides in developing its other renewable energy sources. Declining costs, maturing technologies, and vast untapped potentials for renewables offer an unprecedented opportunity for further development of the renewable energy market in the region. Continuing to invest in renewables will provide Latin America and the Caribbean with the opportunity to address key economic, social, and environmental challenges in the energy sector.

Despite a growing consensus that support for the oil and gas industry is unfair, inefficient and globally dangerous, there’s no actual implementation of plans to change it. 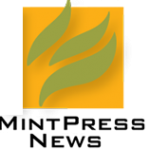 By Carey L. Biron | January 30, 2014
WASHINGTON – Global tax breaks, incentives, and various other consumption and production subsidies for the fossil fuel industry are likely topping $2 trillion each year, amounting to 2.5 percent of total gross domestic product for 2012. After a dip in the immediate aftermath of the global financial recession, these figures have risen in recent years, according to a new report from Worldwatch, a Washington-based think tank. Incentives for renewable energy sources remain tiny by comparison, estimated at just $88 billion for 2011. (…)
“In the U.S., a lot of this is just lip service. The country is really not yet walking the walk,” Alexander Ochs, director of climate and energy at the Worldwatch Institute, told MintPress. “Both nationally and internationally, we have not made any significant progress toward the goal of reducing subsidies, which was actually declared quite a long while ago. In my view, it’s outrageous that we’re not making any more progress.”
[You can find the whole story here]