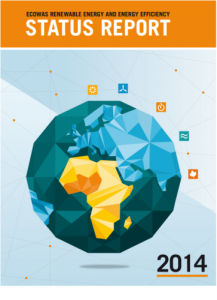 Washington, D.C.—-Renewable energy technologies set new installation records as their contribution to the global energy mix continued to climb in 2013. Renewable power capacity jumped more than 8 percent in 2013, accounting for over 56 percent of net additions and now has the potential to account for over a fifth of world electricity generation. These are some of the findings of the latest edition of the annual Renewables Global Status Report, released by the Paris-based Renewable Energy Policy Network for the 21st Century (REN21). The report is the product of a collaborative effort of an international network of more than 500 contributors, researchers, and authors. (…)

“Renewables are one of the most important tools in this century for social, economic, and environmental progress,” says Alexander Ochs, director of climate and energy at Worldwatch. “The paradigm that being dirty is good for the green in your pocket is eroding. This report demonstrates that we can overcome the political barriers and vested interests still in the way of a smarter, safer, and healthier world.”

[You can find the full press release and key findings from the report here.]

Accessible, reliable, and up-to-date data is a critical factor in Low Emission Development Strategies (LEDS) energy planning. Unfortunately, policymakers often struggle with significant data gaps. This webinar presents an overview of the importance of energy data collection, best practices, and strategies for linking data collection and LEDS development processes. This is the first of a series of webinars organized by the LEDS GP Energy Working Group. The webinar series features insights and experiences drawn from the Energy Working Group’s diverse membership.

More information on the Energy Working Group of the LEDS GP can be found here: http://en.openei.org/wiki/LEDSGP/sector/energy. Worldwatch currently runs the secretariat of the EWG and Alexander Ochs acts as its chair. 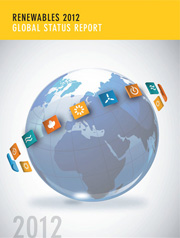 [Please find my presentation, given jointly with my colleague Evan Musolino, HERE]

The Worldwatch Institute cordially invites you to attend a discussion on the state of renewable energy worldwide.